Plenty of things can cause data loss. The most common are hardware failure and human error, but software corruption, computer viruses, theft, and natural disasters like floods and fires might occur, as well.

How to configure notifications in Windows 10

If notifications are interrupting your work or play, turn them off. 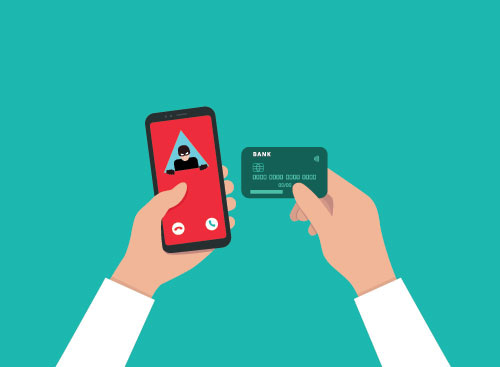 Smishing is a variation of the email-based phishing scams that have been around since the 1990s. One statistic explains why attackers are putting so much effort into developing these scams.

Google and Mozilla are each urging users to patch serious vulnerabilities in their respective web browsers, Chrome and Firefox, that could be exploited to allow threat actors to take over users’ systems.

Europol announced a wide-ranging investigation that led to the arrest of the alleged DarkMarket operator and the seizure of the marketplace’s infrastructure, including more than 20 servers.

Other leaked data included a range of personal information such as names, addresses and personal healthcare information.

Buran is an encryption virus that encrypts your files and prevents access to them. The Buran ransomware first was discovered by nao_sec (Cyber Security Research Team) in June 2019.

Why you should keep your Netflix password to yourself

Sharing is caring – except when it isn’t. Here’s why you shouldn’t share your password for online media services with other people.

Unless you have been under a rock recently, you will have noticed that rarely a day goes by without another serious security problem arising. While there is plenty of blame to go around for these endless security problems, part of this blame is directed towards developers responsible for writing bad code.

Is Linux Immune to Viruses?

The simple answer to this question is “no”. Why?

This website uses cookies to improve your experience while you navigate through the website. Out of these cookies, the cookies that are categorized as necessary are stored on your browser as they are essential for the working of basic functionalities of the website. We also use third-party cookies that help us analyze and understand how you use this website. These cookies will be stored in your browser only with your consent. You also have the option to opt-out of these cookies. But opting out of some of these cookies may have an effect on your browsing experience.
Necessary Always Enabled
Necessary cookies are absolutely essential for the website to function properly. This category only includes cookies that ensures basic functionalities and security features of the website. These cookies do not store any personal information.
Non-necessary
Any cookies that may not be particularly necessary for the website to function and is used specifically to collect user personal data via analytics, ads, other embedded contents are termed as non-necessary cookies. It is mandatory to procure user consent prior to running these cookies on your website.
SAVE & ACCEPT